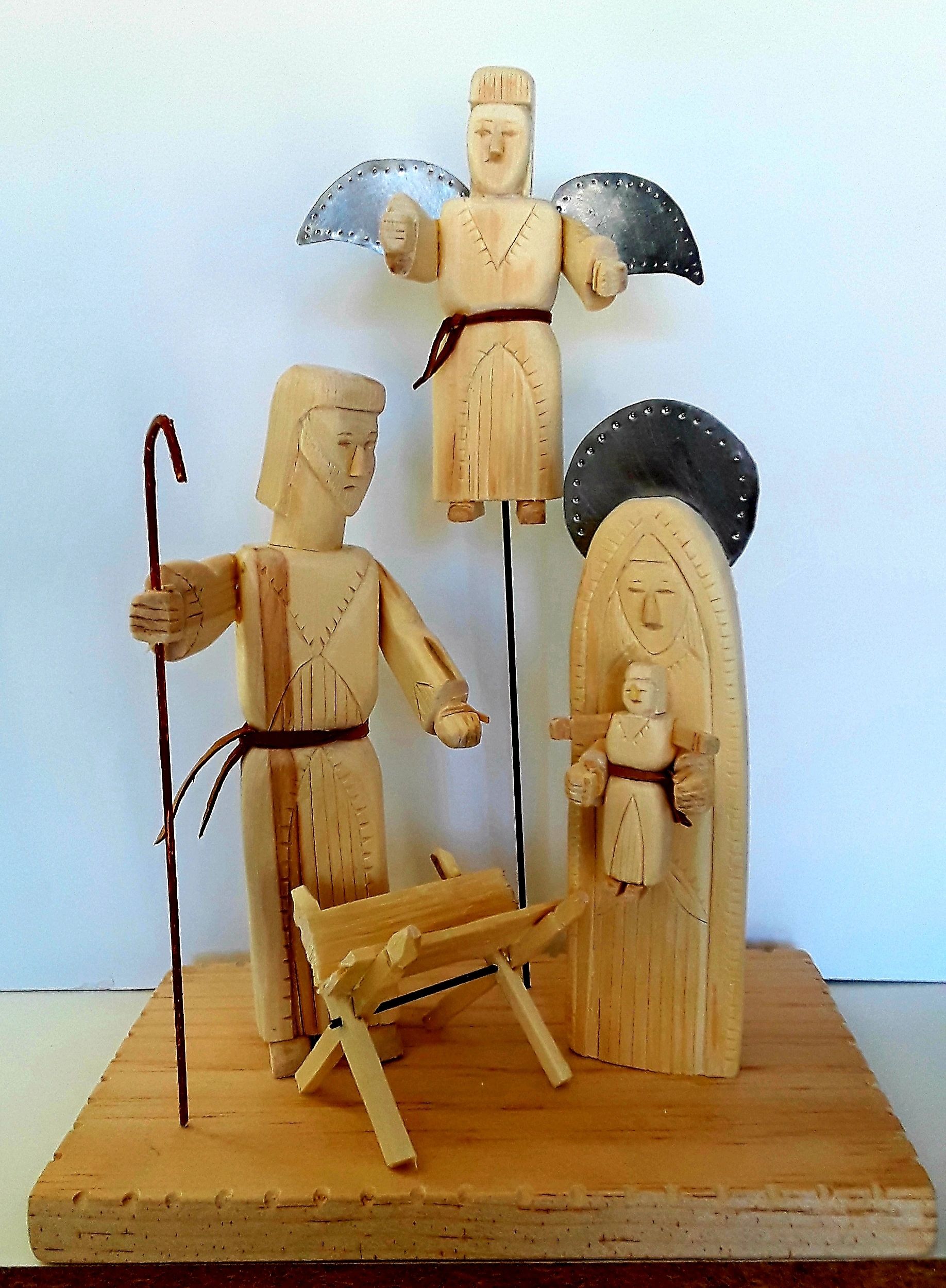 Eluid Levi Martinez was born in 1944 in the Hispanic Northern

New Mexico mountain village of Cordova. He is a member of the

famous Lopez wood carving family from that village, A family which has

A self-taught artist he began to carve Santos in the late 1960s. In

Prints of three of those animal drawings are in the collections of the Autry museum of the American West. In the early 1980s he started

doing oil paintings and watercolors of the Northern New Mexico

In the early 1990s he produced lithographs at the Tamarind

Lithographic  Institute. His lithographs are in the collections of the

Smithsonian's  American Art Museum and the Autry Museum of the American West.

Museums's featuring his sculptures in their permanent collections

include the Smithsonian's  American Art Museum and its National

Museum of American History, the Denver Art Museum, the American

The Museum of the National Hispanic Cultural Center recently

included one of his watercolors in it's collections.

Since the early 1970s Eluid's Santo sculptures have been part of

The American Folk Art Society at its 2018 annual meeting  presented

Eluid with an Artist Award of Distinction.

During the past couple of years Eluid has concentrated on producing oil paintings and charcoal drawings which depict the vistas and activities that he experienced growing up in northern New Mexico.

Eluid's "Santo" wood sculptures and small animals are carved from Aspen wood.  His uses are oils, acrylics, and watercolors in his paintings.  He uses Pencil and charcoal in his drawings.

Sign up for my newsletter to be the first to know about new work and upcoming shows!